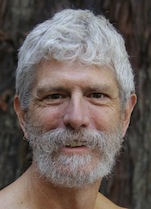 
Professionally, I'm a senior software engineer at Arxan Technologies. Past employers include Palm and Tandem (now HP). My specialty is object-oriented operating systems.

I'm a zealot about capability-based operating systems, one of the originators of the KeyKOS operating system, and the main force behind CapROS.
Here is a good introduction to capabilities.
Here's a design note about an object in KeyKOS and CapROS, the Domain Creator.
A design principle.
Norm Hardy, another KeyKOS guru, has many cogent observations on capability-based systems here.

You can reach me via email at charlie@charlielandau.com .

Links to my other pages:

My research on orientation of solar panels.
How to end frivolous lawsuits.
How to achieve invincibility against terrorist attacks.
Photos of the property where I live, the house I built on it, and its construction. The project to build a well house on the property.
The audio/video cabinet I designed and built for the house.
My opinions on school vouchers.
My Berrocal puzzle sculpture Goliath.
My notes on programming the HAI Omni controller.

How to replace the battery of a Palm Zire 72.
Repairing a toilet valve.